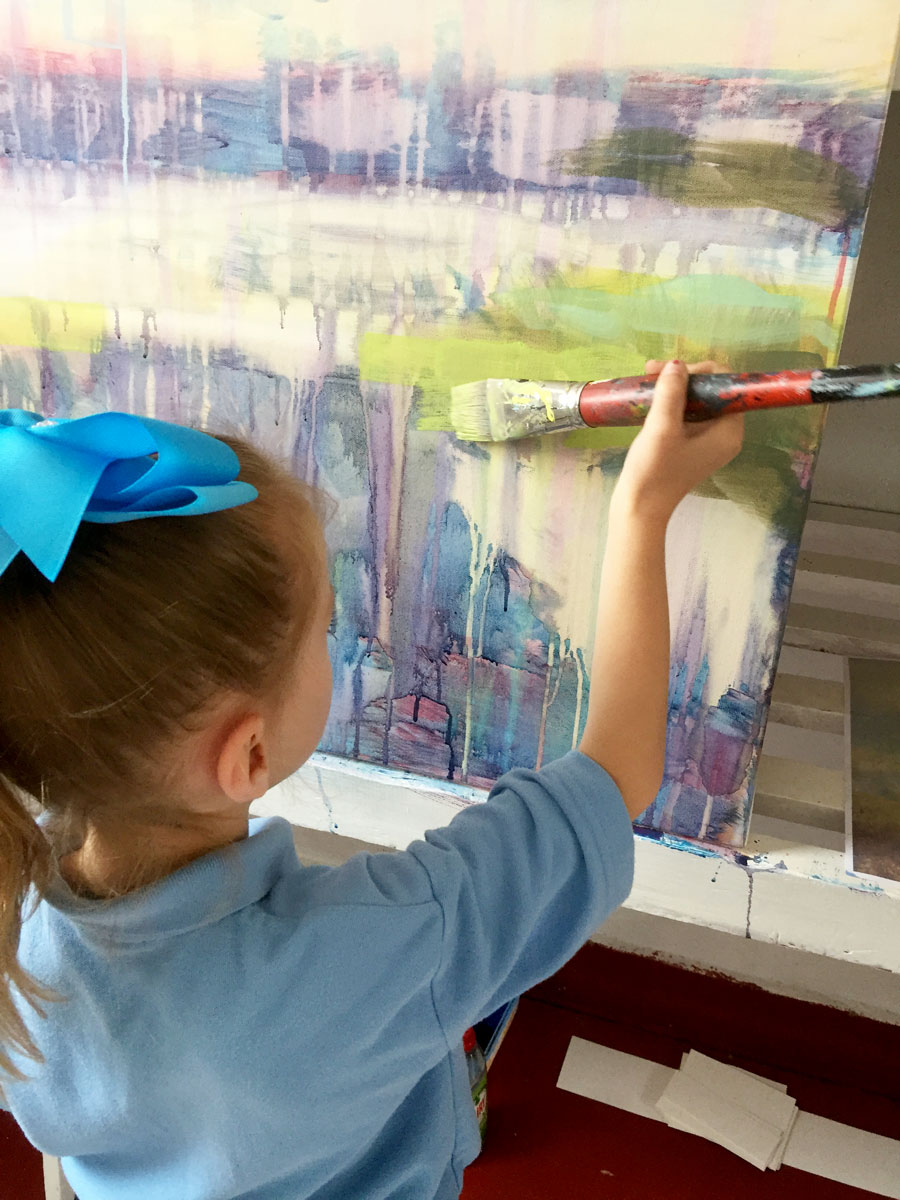 It has been lovely having you work with the children and staff in Years 3 and 4. All the staff have commented (positively) on the quality of the artwork and how professional it looks. We would love to work with you again in the future

The History of Dagenham

In the October of 1707, strong winds and a high tide broke through the fragile walls of the river bank in East London. This opened up a hole which flooded farmland north of the Thames into Dagenham. The ebb and flow of the tide plus further storms widened the gap dragging soil from the marshy land down into the riverbed. This caused a sandbank which began to block the river. Soon, ships and boats would face difficulty in transporting the goods the city needed. London’s trade and it’s vibrant port were under threat!

The resulting U-shaped lake which claimed thousands of acres of land and stretched a mile and a half long, became know as Dagenham Breach. Two attempts at repairing the Breach failed. Years later, Captain John Perry, a naval officer and engineer offered a reliable, long term solution. His method of timber piling (vertical poles sunken in the soil) supported overlapping boards, making a watertight lining to hold the sides of the river. Seen as a marvel of engineering at the time, his work secured Perry a lasting reputation as an innovator of his day. Where better to remember the achievements of John Perry than at the school which takes his name?

The project, led by Art Hoppers, looked into the history of Dagenham drawing pupils attention to the industrious nature of the people and businesses who shaped the identity of the area.

Here’s a summary of what all six classes worked on and the art techniques they used:

“I drew a blue Jackdaw. My brushstrokes were in a way to implicate the direction of the feathers. I think it turned out pretty well.”

“I learnt about different parts of Dagenham like parks and schools. I liked locating the areas and seeing what we can do in Dagenham.”

“I enjoyed painting the canvas and looking at other peoples painting which made me want to be better at art.”

“I loved to do the pointillism. It was a little tricky but it was good and Art Hoppers helped me face my fear of art.”